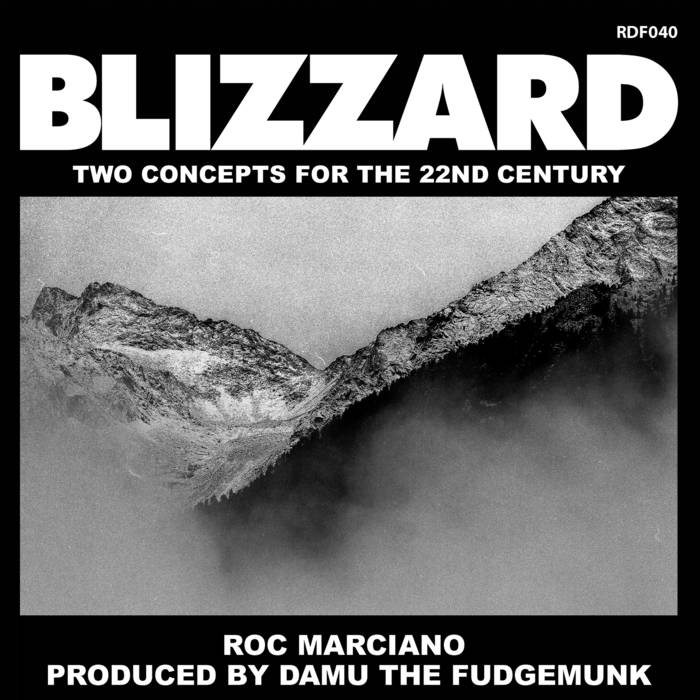 Paka This beat is supa heavy.
Peace from Paris
Paka

"ROC MARC IS A NATIONAL TREASURE" - THE ALCHEMIST

To help us get ready for the harsh months ahead, the coldest MC himself, Roc Marciano unveils a theme to rival the treacherous snowstorm around and he calls it "Blizzard". Hailing from the legendary Long Island, NY, Roc knows more than a thing or two about the bitter season we call Winter. Perhaps, the freezing temperatures, inescapable winds and desolate scenery of the Mid-Atlantic cold have inspired his rhyming over the years. Let's not forget Roc is the same artist that blessed us with timeless anthem, "Snow" almost a decade ago.

Just like the seasons, life is full of surprises. The biggest surprise in Roc's latest record isn't his cutting edge lyricism, but his collaborator Damu the the Fudgemunk. Fresh off the heels of his acclaimed surprise EP with Blu entitled, "Ground and Water" and MF DOOM single, Coco Mango", Redefinition Records' own producer extraordinaire assembles for another jaw dropping combination.
Hailing from Washington, D.C. the Fudgemunk has seen his fair share of Blizzards in his 30 plus years. Not only did he draw inspiration from his vocalist, Marciano, but his own experiences in the cold as our Nation's Capitol too is not exempt from Jack Frost's wrath. Being the visionary and extracting the highlight's of Roc's endless imagery, Damu embellished his own scene for the meanest Blizzard you'll ever hear. It was after laying down the beats and thematic scratching, that he dubbed this record, "Two concepts for the 22nd Century". Such proclamations by Damu came about because he felt the music will set the a new standard for all that follows. Listeners will be transported not once, but twice, into first the North and second the South poles of our hemisphere in the song's 2 distinct mixes. The production is so accurate to the track title that the winds will pick up and the inside of your home will be covered in snow as soon as you drop the needle.

Handle this transparent ice blue 7" with caution as it was designed with care by Roc's fellow Long Island royalty (by way of Hollis, Queens), Joe buck. Yes, you will need thinsulate gloves to put in on your turntable. While supplies last, be ready for winter ahead of season. With rhymes and beats this icy, you might have to store the wax in your freezer instead of the shelf.