by Insight & Damu The Fudgemunk 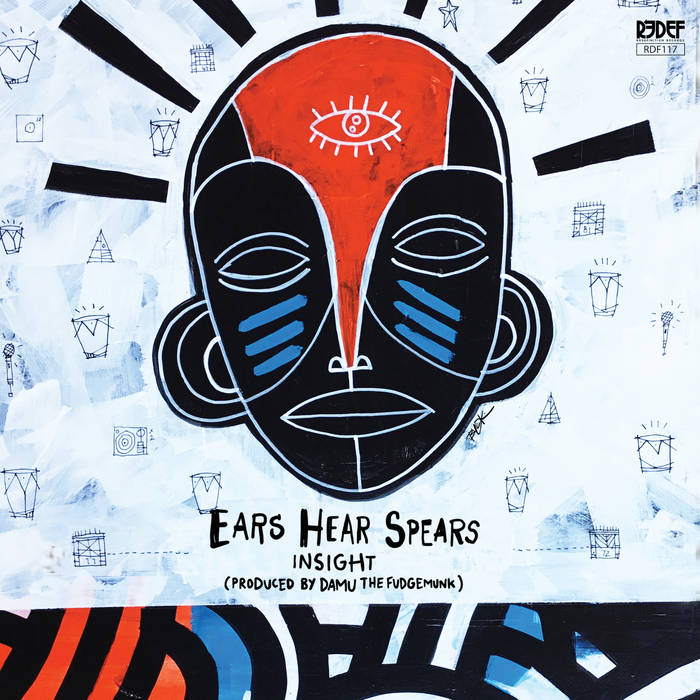 Louis-Philippe Hébert awesome listen from start to end. its that new ish yo !

camelfathoms Big ups from Oakland California.
Thank you for keeping the ground soaked and vital.......peace.
more...

“Developing the brain, always measure the aim, feeling pleasant in the present things could never be the same.” - Insight

Redefinition Records is proud to release the latest project from one of hip hop's most multi-talented artists, Insight the Truncator aka Andre Todman. Insight returns to the spotlight after a departure from the industry in recent years. Where was he and what was he up to? Well after a decade and a half in the business, dozens of respected records, countless national and international tours, Insight took a well deserved hiatus to try other endeavors such as app development, electronics and social media strategizing, areas in which he found great success. This shouldn't surprise longtime fans who may remember in as early as 1997, Insight created his own website, Insight.fm which featured an interactive SP1200 and forums. This was rare during the pre-social media era, long before having a web presence was a part of an artist’s everyday operation. Building a strong reputation for his live performance, his on-stage capabilities included not only rapping, but also producing, DJing, and even live drawing-while-freestyling and interacting with audience members. The triple threat from Boston (MC / DJ / Producer) has dedicated his life to his creativity and his diverse portfolio and resume is a true testament to the kind person Insight is on and off of his recordings. Credited for mentoring and being instrumental in the career beginnings of many of the staples of Boston’s current Hip Hop scene, and beyond, Insight also assisted a young D.C. native known as Damu the Fudgemunk, who later matured into an esteemed solo artist in his own right (and co-owner of Redefinition records). The 2 would first collaborate on one of the greatest hip hop albums of the 2000's as Y Society on 2007's full length, Travel at Your Own Pace. Through this collaboration they formed a brotherhood that today is well into its second decade, bookmarked by this latest release. On Ears Hear Spears, “The Truncator” passionately speaks his mind through rhyme while “The Fudgemunk” handles all production. Throughout 10 outstanding tracks Insight delivers a diverse lyrical exhibition over a then 20-21 year old Damu the Fudgemunk's beats. There's an undeniable level of directness and sincerity in his lyrics which are artfully assembled in a manner that will astonish literary buffs, yet permeate the lives of everyday listeners alike. Pick up a copy of the album on Vinyl, Cassette Tape or CD now. Vinyl version includes printed lyric sheet. Album also available to stream or download on all digital channels.


Insight offered the following thoughts about the album: "Ears Hear Spears is a milestone in my life that reflects an intersection of so many paths. I had been living in Berlin and was on a 4 year stretch of non stop touring. I was just preparing to move back to the US. It was ’07 and the first generation iPhone was released … I started getting into App development while the music industry was very rapidly changing. As an American under the Bush presidency, I had a lot on my mind. I had only met Damu once at a show in 2004, but we kept in contact for several years before we started to work on music. He called me one day with an album concept and a potential record deal from Tres Records. I was down to make the album but I also felt a responsibility to honestly express myself and what was on my mind at the time. We recorded and turned in Ears Hear Spears, however, to our surprise we were shut down by the label (Tres Records, now defunct). They simply said that this album was not what they wanted or expected from us, which is something an artist never wants to hear, but we didn’t let that slow down our momentum. Damu and I only took about 10 days to put the project together, but instead of revising it, we shelved it and quickly recorded a whole new album for label approval (This new album was titled Travel At Your Own Pace). From there, the Travel LP was released and time went on. We didn’t record any music videos or go on tour. Instead I focused on Apps and other ventures while Damu went on to build a strong catalog of solo projects. Over the years, Ears became foreign to me. It got to a point where while listening in retrospect it seemed like my past speaking to my present. This album discusses the importance of togetherness, using your mind, the politics of the music industry and so much more. As time progressed, inequality, racism and ignorance [all topics covered in depth on Ears] moved to the forefront in unexpected ways, dominating news and everyday conversations through the rising usage of social media. This album that was once considered limited actually became more relevant as time went by. I started to feel that we had a duty to release it now. I have many new projects planned for the near future including a new album with Damu, and many solo works, but before I release them; this album is right on time. Rather than just point out the negative thing happening in our world, hopefully these songs will help us to find ways to cope and move our minds to a better place.” - Insight